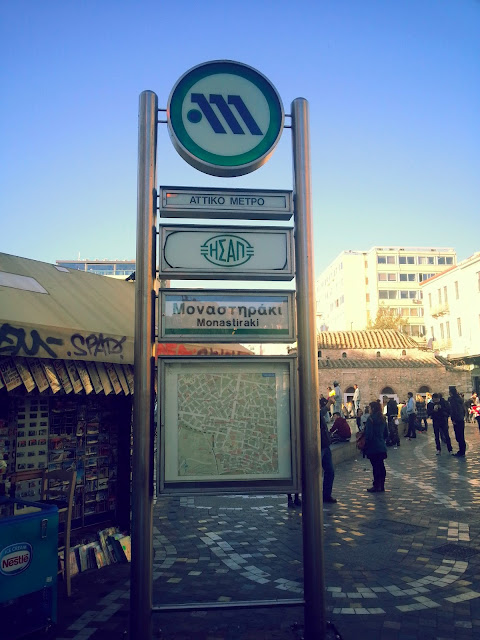 The most important transport mean is Metro. 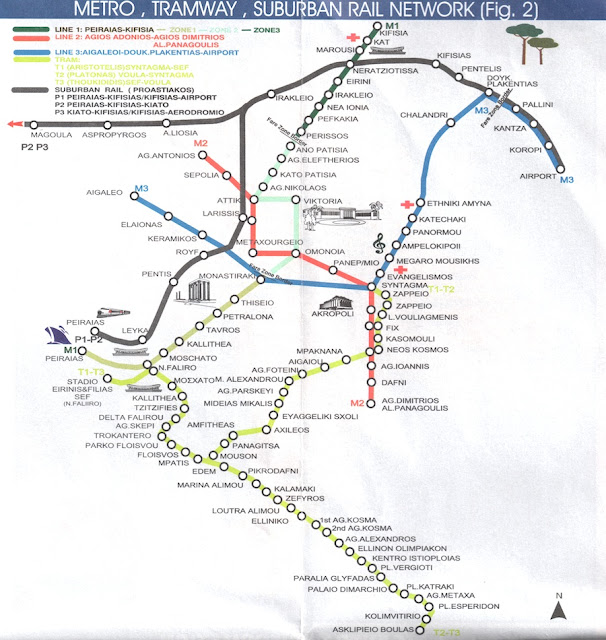 Athens Metro is actually one of the world’s oldest subways. A single line system was established in the early 1900s and the Olympic investments were merely due to the well-being of the European Union, which operated an underground network of multi-line, and often came to possess. 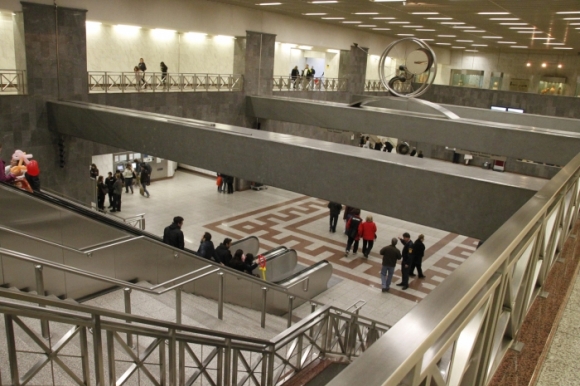 It is also a museum of ancient Athens Metro. The artifacts on display at the museum located in Syntagma Square during the construction of the subway. In addition, the station clock again, Europeans have been designed by a renowned artist.

Number three is the most important line of the blue metro network. It is sufficient to use the M3 line from the airport to the city center. Syntagma and Monastiraki stations M3 line going through the center of the city.

M1 line runs through Monastiraki station is going to Piraeus. Especially in the city center at the Port of Piraeus to use this line to come. 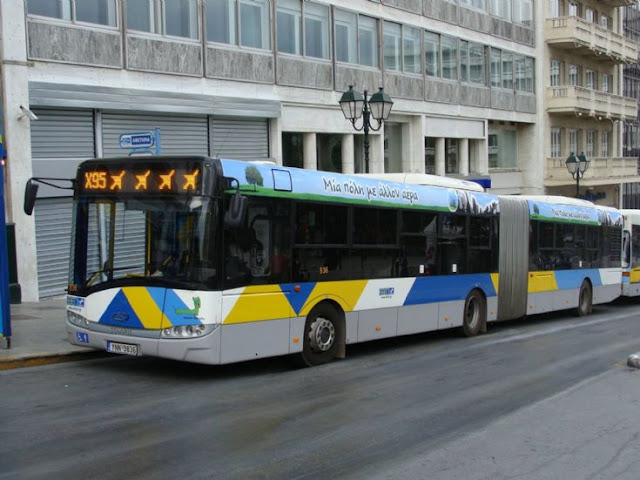 Buses holds an important place in the transport network. Specifically X95 to Syntagma Athens airport and Piraeus port and airport on the X96 bus lines, main lines of transportation. 5 there is also a separate line that runs while 24 hours.

Finally, in the south of Athens, the Athens tram to the beaches south of the new settlements, such as going to Nea Smyrna and Glyfada.

Ticket prices are not very expensive. Combined ticket 1.40 EUR. Combined with tickets in 90 minutes by metro, bus and tram possible. 1.20 EUR In a one way ticket. One-way ticket, but the current bus or trolleybus. Metro is obsolete. 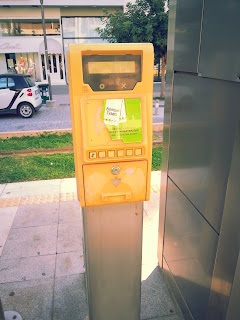 Tickets can be ticket offices or ticket machines. Both the subway and bus tickets before boarding the tram do validation validated by reading the maintenance of machine is required. Otherwise, be able to meet with punishment of up to EUR 100

Transportation from the airport to the city Athens

Athens Airport Eleftherios Venizelos Airport is the other name of one of Europe’s newest airports. A bit far from the city with the airport opened in 2000 remains. But in the modern area. 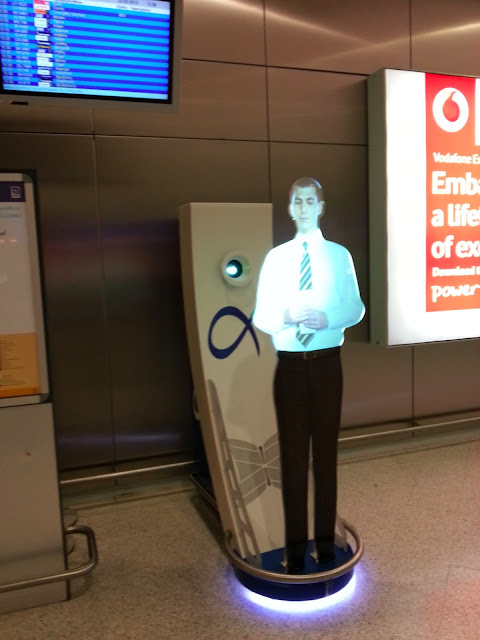 When you get off the plane and the airport and the city will welcome you with information on a hologram is. Such a presentation of the Greek tourism experience does not come to the city from the very beginning you know how much you know.

Sponsored non-smoking sections for the airport, even thought 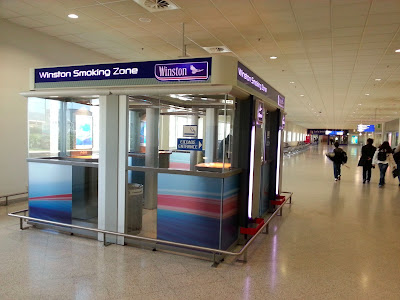 Athens airport to the city can be used to go to the M3 line. Syntagma and Monastiraki stations on the M3 line exactly in the center of the city. However, the ticket prices are a bit more expensive. Round-trip one-way 8 EUR 14 EUR. the journey takes approximately 50 minutes.

Athens Airport metro line to go up the terminal to go to town I got to go. Piraeus suburbs, and directly to the same platform alone (about a 3 hour ride would not recommend it) gets confused with the train is required. Have a special mark on the Metro subway. 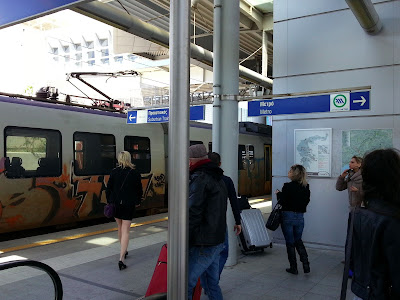 From the airport to the city center by taxi 41 EUR for keeping the Syntagma. If you do not fix the price before you get into the taxi, but to talk to and there is always the possibility of encountering surprises.

Port of Piraeus to the city center

Cruise ferry from Athens or come up with a way for those who want an independent access to the biggest problem is the center of a martyr to the Port of Piraeus.

With the M1 metro line a bit far from the city port remains Monastirakiye able to achieve. Made famous Ermou street, Monastiraki or Syntagma can walk around the city.

An alternative to the X96 bus to the city center of Piraeus Limanın’dan. traffic that may be stuck for a ride, but the earth goes around giving the opportunity of watching.

Near the city center by taxi journey from 15 to 20 EUR.

Finally, anyone who goes to Athens and Athens will use public transport, especially for the issue to be considered strikes. Athens strikes are commonplace in recent years has come. Judges, doctor, bus drivers, port workers are on strike anyone. This condition affects most of the tourists in public transportation and port.. 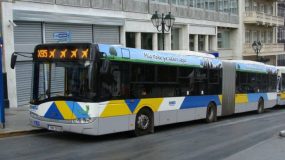 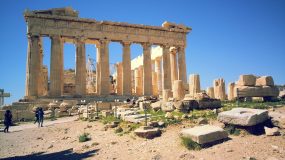 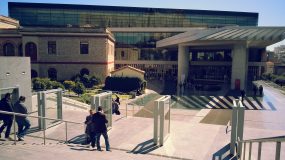 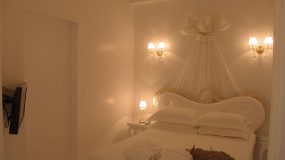