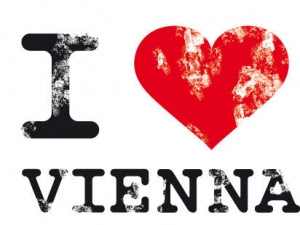 Three days in Vienna is actually enough for sightseeing every important places in Vienna. We visited all of the major attractions within three days and even took some of the double seam.

We had places to visit in Vienna, as the plan:

The first day has made air travel fatigue, taking into account the more prepared a plan that will not last long. According to this plan; 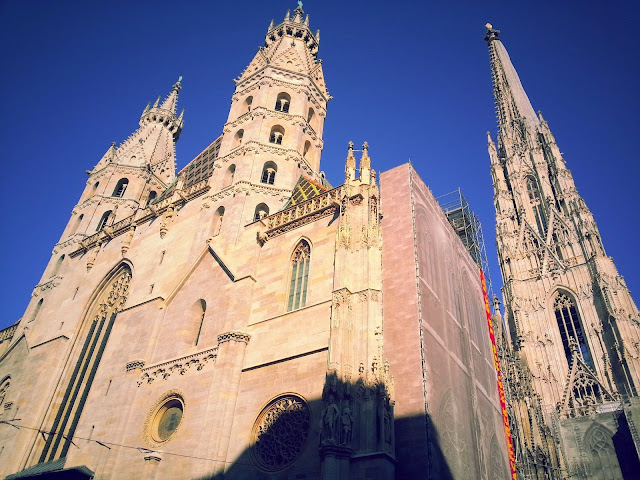 1 – St. Stephan’s Cathedral: the cathedral rite of admission free, but if you have inside you can not go too far. However, because it is colorful stained glasses inside the solar rays reflected rainbow of colors must-see. 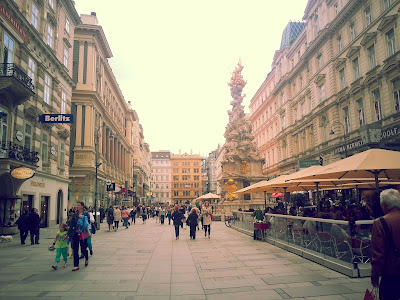 2 – Graben Street and kohlmarket: Previously, the fruit and vegetable market is now a beautiful Graben Street boutiques, souvenir shops and street cafes have become a place where. In effect, the main street of buildings that surround the street is a nice cream pie Graben Street in the middle of the air has brought the plague monument monuments I’ve seen so far, unlike white plague. For patients with plague, the plague of this street used to be buried under the monument have made here.

Graben street on the right side of St. Peter’s Church, the church may be interesting for those interested.

Turn left at the end of the road end of the Winter Palace Hofburg Graben appears Habsburgs. Channel, Dolce Gabana and other luxury shopping stores by the end of the road you walk out of the palace PATISSIER right hand side you will see the famous pastry shop Demel. Demel Patisserie must eat a Apfelsturdel.

3 – Kärntner Strasse, Charles Square (Karlsplatz) extending between the Opera House and St. Stephen’s Katedarli Vienna’s most famous street in the street. At reasonable shopping, cafes and restaurants, and souvenir shops here, find the best. I stopped for us every day has become a familiar street. 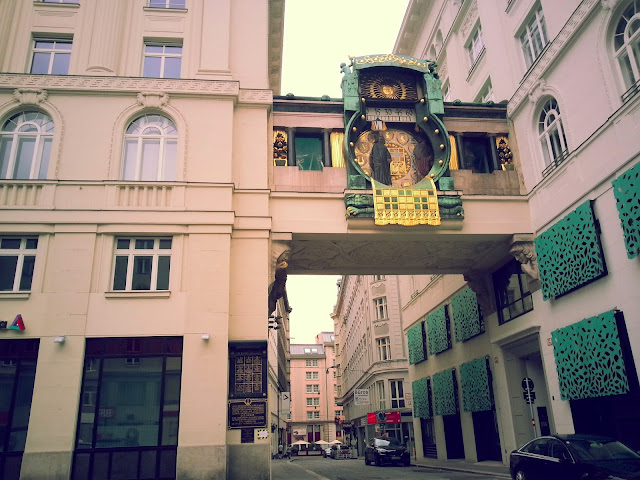 4  The Anker Clock between the building’s insurance company Anker Anker time for its establishment in 1914, named after the Anker Clock. This clock is the most beautiful works of Art Neou style. There are 12 famous personalities on top of the figure. Every hour, reminds me of someone.

We went to the Church of Karl ended the day with a concert of classical music. A place of concerts given in Karl’s Church. I got to see this beautiful building, but who do not like classical music. 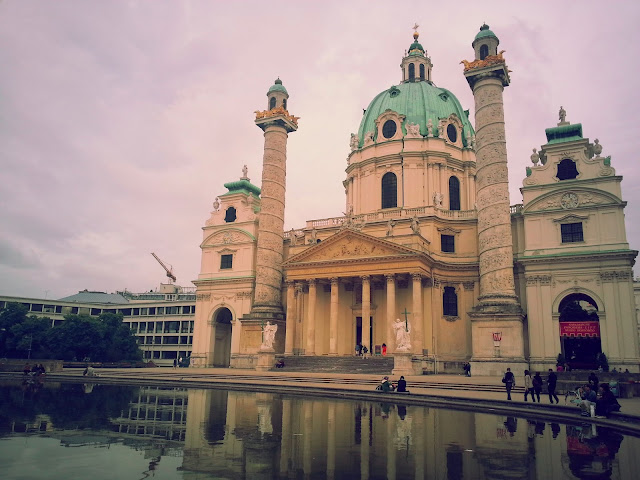 We spent our second day for the lifestyle of Habsburg Dynasty

Hofburg Palace;  This palace is winter palace of Habsburg Family You can visit Palace, Sisi Museum and Silver Collection for one ticket. 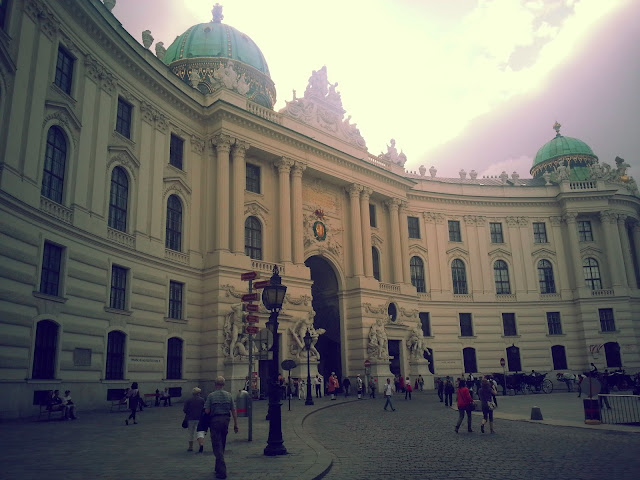 Belvedere Palace; And the command of the Ottoman siege of Vienna to the fore with the successful defense of Prince Eugen of Savoy to him as a hero has been announced and the awards given to palatial. Then, at the beginning of Avustruya Ottoman army in Belgrade with the spoils of war with Savoy had invested in works of art. (:) As Pargalı exhibited a collection of great palace to do, especially Klimt visited. 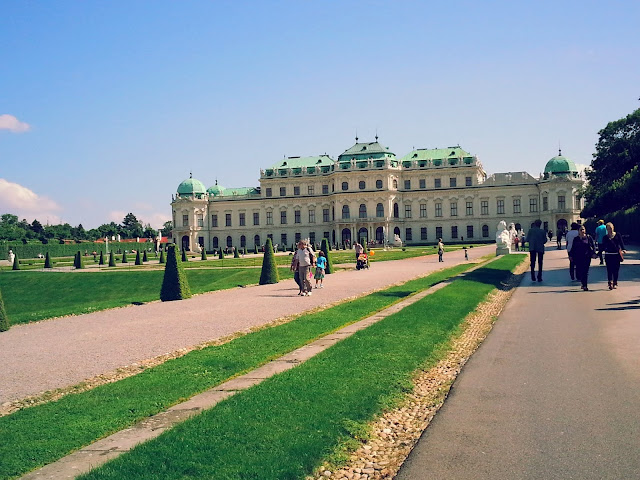 We finished the day in Figlmluller 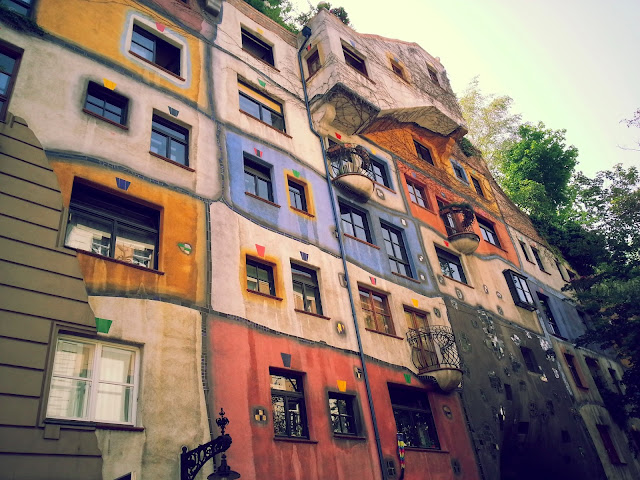 Schonbrunn Palace:Stroll in the room 40 rooms of the palace was opened in 1400. There are two separate tours. Short tour is selected (Imperial) 28 room visit. Long tour (Grand) is selected in the room can also see Maria Therasa’nın to 40 bedrooms. 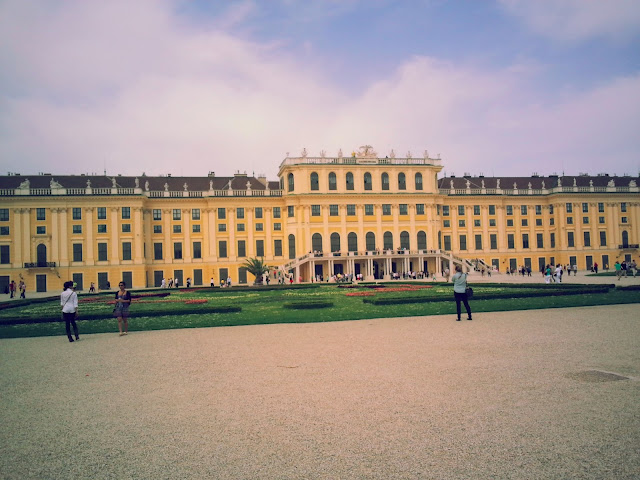 After touring the gardens of the palace blast inside ourselves. Gloriette on a hill on the opposite side there is the Arc de Triomphe. It’s hard to climb. The maze of green leaves laying ourselves. We went for a while but could not bring the end of the maze after cheese.

The next stop zoo. I actually do not visit a zoo in Europe. However, to learn that Vienna Schonbrunn Zoo Panda and Koala bears bought tickets thinking. , 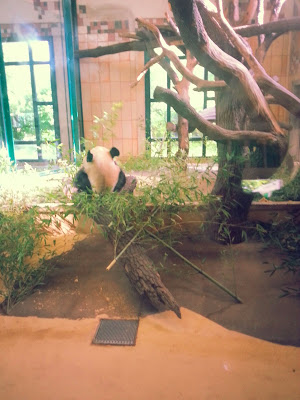 Panda and Koala flips though many of us, but still. Could not be seen in this part of the world’s animals have easily walked for miles to see the happiness of the road, but the inside was fatigue on us.

We completed the day in Volksoper (People’s Opera), we went to the building completed with a beautiful opera. 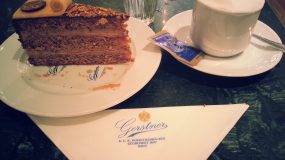 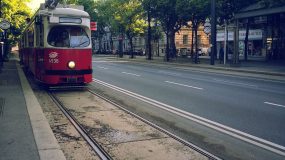 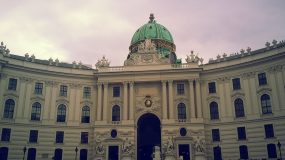 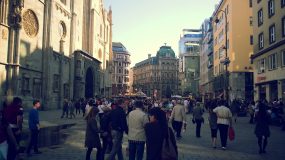